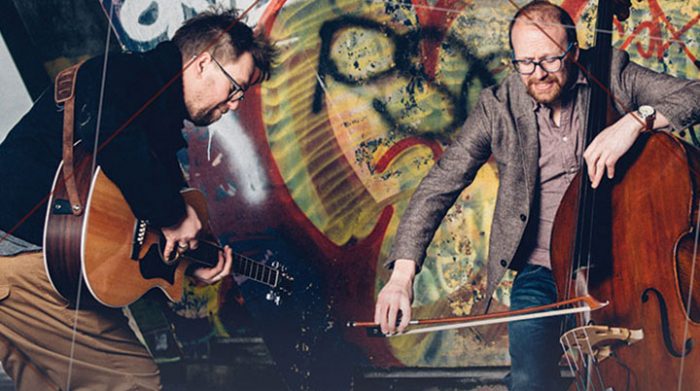 Ward and Parker are John Parker previously of JCB song fame in Nizlopi and Cliff Ward, founding member of folk super group The Willows.
JP has performed extensively all over the world with acts such as Ed Sheeran, Kate Rusby, Newton Faulkner, Nick Cave, Polly Paulusma and Jake Morley
The combination of JP’s beautiful soaring double bass and beatboxing style accompanying Ward’s songs and guitar playing is the perfect mix and is not to be missed.
THEIR LAST GIG AT THE LOCKER WAS ONE OF THE HIGHLIGHTS OF THE YEAR